Religion and death – It is a sad fact that the death rate among the elderly tends to be higher in the winter, and particularly in the New Year.

In the UK there are people of many different faiths and customs about how their loved ones who are dying should be treated.  Equally, there are specific rituals related to how bodies should be dealt with.

While everyone should, of course, be treated with dignity and respect, it is important to observe the customs appropriate to their faith at the end of their lives.

There are, of course, often sub-divisions within the faiths, many with their own rituals and space does not permit us to cover them all, but the NHS has a very good guide to them all here. 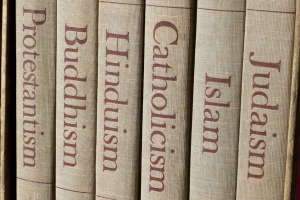 This blog covers religion and death the main faiths of people from various ethnicities living in the UK.

By and large people from the Caribbean are Christian and although there will be variations depending on their islands of origin, the church is a great source of support in times of illness, poverty and distress.

Generally, people prefer to die at home, but that is not always possible. Funerals tend to be big affairs. Families are usually prepared to contribute towards the cost.

Coffins are open for family and friends to view at the church.

There are many Christian denominations but the three main ones are Anglican, Free Church and Roman Catholic.

Christians believe in life after death. As death approaches some may wish prayers to be said or anointing to take place.

Roman Catholics have specific sacraments to be administered at the end of life.  They are the sacrament of the sick, administered to patients and adapted according to the seriousness of the illness and can be repeated if circumstances change and the Last Rites, administered by their priest

Traditionally burial has been preferred but cremation is acceptable.

Hindus would prefer to die at home, and every effort should be made to make this possible. However, in hospital certain traditions need to be respected depending on the devoutness of the patient and family.

One tradition is for family to bring in money to be touched by the patient, which is then distributed to the needy. Some patients want to lie on the floor to symbolise closeness with Mother Earth or desire to give the bed to someone in greater need. Some rites that the priest or family may perform include putting a thread around the neck and wrist as a blessing, sprinkling Ganges water over the body or placing a tulsi leaf and Ganges water in the mouth.

The body should be treated with reverence and respect. The family will want to wash the body with Ganges water (which they will bring with them from the temple). They will also wrap the body in white cloth Jewellery, sacred threads or religious objects should be left on the body.. It is necessary for the eldest son to participate no matter how young he is. Adult Hindus are always cremated.

The idea of life after death is expressed in the faith. Death has its rites. Family and friends will want to be present, as according to Jewish law and traditions, a dying person should not be alone.

Family may request a visit from their Rabbi and the patient may want to say a special prayer of confession.

At the moment of death those present may make a small tear in their clothes as a mark of grief. The family may want to wash and prepare the body for going to the mortuary and might want to remove the body from the hospital as soon as possible.

A funeral will normally take place within 24 hours of death. Orthodox Jews can only be buried, but some reformed Jews allow cremation as well as burial.

Life and death are two realities accepted in Muslim culture. The Holy Koran says “We belong to God and to him we return”.

The patient’s family may want to help their loved one to make the transition between the two, reading out parts of the Koran.

After death, the body is as sacred as when it was alive and must be handled gently and with respect. It is preferable for close family members to be present and to position the hands and close the eyes.

If possible the body should be laid with the head pointing to the East.

Generally, Muslims believe that the body should be buried, preferably before sunset on the same day.

Depression in the elderly

The importance of maintaining social interaction when ageing
Scroll to top

This site uses cookies. By continuing to browse the site, you are agreeing to our use of cookies.

We may request cookies to be set on your device. We use cookies to let us know when you visit our websites, how you interact with us, to enrich your user experience, and to customize your relationship with our website.

Click on the different category headings to find out more. You can also change some of your preferences. Note that blocking some types of cookies may impact your experience on our websites and the services we are able to offer.

These cookies are strictly necessary to provide you with services available through our website and to use some of its features.

Because these cookies are strictly necessary to deliver the website, you cannot refuse them without impacting how our site functions. You can block or delete them by changing your browser settings and force blocking all cookies on this website.

These cookies collect information that is used either in aggregate form to help us understand how our website is being used or how effective our marketing campaigns are, or to help us customize our website and application for you in order to enhance your experience.

If you do not want that we track your visist to our site you can disable tracking in your browser here:

We also use different external services like Google Webfonts, Google Maps and external Video providers. Since these providers may collect personal data like your IP address we allow you to block them here. Please be aware that this might heavily reduce the functionality and appearance of our site. Changes will take effect once you reload the page.

We have rooms available, CLICK HERE to see availability.

As the situation surrounding Covid19 / Coronavirus worsens, Parmenter Care LLP is continuing to take all necessary steps to ensure the safety of all of those living and working within Aveley Lodge Care Home. Therefore, from midnight of the 21 March 2020, we are now closing the home completely to ALL visitors except medical professionals.

Whilst we fully understand this complete restriction is not ideal for all parties, it is essential that we now restrict all visits. The health care industry and its supply chains continue to be at breaking point which is causing multiple issues with regards to ensuring the home remains clean, safe and free of Covid19.

We will continue to work with the authorities and you the families, to try and maintain some virtual form of contact with those living here at Aveley Lodge Care Home. This is a new situation for us all to find ourselves in and we are trying our utmost best to get this right for everyone concerned.

As a reminder, we do have Skype facilities so please contact our activities coordinator Jackie Rickett on 01206 729304 option 1 if you wish to speak to your relative via Skype.

Our staff are continuing to do all they can to ensure that life in Aveley Lodge remains as comfortable and sociable as possible for all residents and we are still ensuring that all vital medical visits are made.

If you would like any other information, or to discuss the closure further, please contact Mr M Parmenter, Registered Care Home Manager on 01206 729304 or rchm@parmentercare.co.uk

Thank you for your patience and full co-operation at these unprecedented and exceedingly difficult times.